Xiaomi’s mega launch event for tomorrow in China is set to unveil a couple of new products, including the much-hyped Mi CC9 Pro smartphone, the next-gen Mi TV 5 series and the new Mi Watch. The Mi Watch has been the centre of attention from all Xiaomi fans in China and global markets alike. Why? Because Xiaomi is launching a smartwatch for the first time under its own name even though it has some experience in making smartwatches. And to keep its fans happy, it has released the first official renders of the Mi Watch.

Not that we haven’t seen the smartwatch before but these renders have been officially published by Xiaomi in high quality. Hence, if you have been ogling on the leaked shots so far, you can obsess over these high quality renders of the Mi Watch. Is there anything new? No. These renders show the same Apple Watch inspired design albeit with a slight twist.

The Mi Watch will have a boxy chassis seemingly made of metal, with the sides flaunting a crown and home button. The display seems to have very slim bezels all around and it will mostly use an AMOLED display like all premium smartwatches. The underside has all the optical sensors which could be used for tracking health and fitness. And for the fashion-conscious, there will be two colour options with three colour straps. 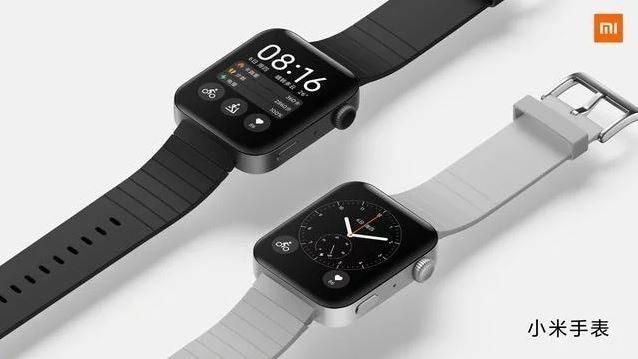 So far, from the renders, the Mi Watch looks impressive. And when you consider the leaked information, the Mi Watch could be another hit product from Xiaomi. The Mi Watch is expected to run on Mi Wear OS-based Android Wear OS. This will be the first Xiaomi product to utilise the Android Wear platform. Leaked videos have shown that users will be able to watch videos and download music right on the watch.

To power the Mi Watch, Xiaomi is using a Qualcomm Snapdragon 3100 chipset. It will also feature GPS and LTE for connectivity. And as with all smartwatches, it will connect to your smartphone via Bluetooth. With Android Wear OS underneath, you can expect better integration with Android smartphones and easy access to Google Assistant.