Viral
March 15, 2019 Chandu 0 Comments
Shruti Hassan Photos: HD & HQ Images of South Actress Shruti Haasan
Born to star parents – the iconic Kamal Haasan and the stunning actress Sarika, Shruti Haasan is an actress, musician and model who works in the Telugu, Tamil and Hindi film industries.
She is one of the leading actresses in the South Indian film industry and popular on social media. ‘Shamitabh’ actress Akshara Haasan is her sibling. Shruti’s first appearance on-screen was in a cameo role in her father’s film ‘Hey Ram’. But her debut in the film industry as a lead was in the Hindi film titled ‘Luck’, starring opposite Imran Khan. Her Telugu debut came opposite Siddarth in the Disney film ‘Ananagaga O Dheerudu’.

But it was the Tamil film opposite Suriya ‘7aum Arivu’, which gained her recognition and fame for her work. Since then, she’s known for her roles in films like ‘3’, ‘Gabbar Singh’, ‘Yevadu’, ‘Race Gurram’, ‘Aagadu’, ‘Premam’ and more.

Shruti Haasan is also a well-known musician, singing her first song at the age six for an Illaiyaraaja composition, and later with her father in the film ‘Chachi 420’. She also sang the Hindi and Tamil versions of the song ‘Rama Rama’ in ‘Hey Ram’. She is also the vocalist of an alt- rock band ‘The Extramentals’.

Check out some of the best looking pictures of beautiful actress Shruti Haasan:

Shruti Haasan in a still from the movie Yevadu 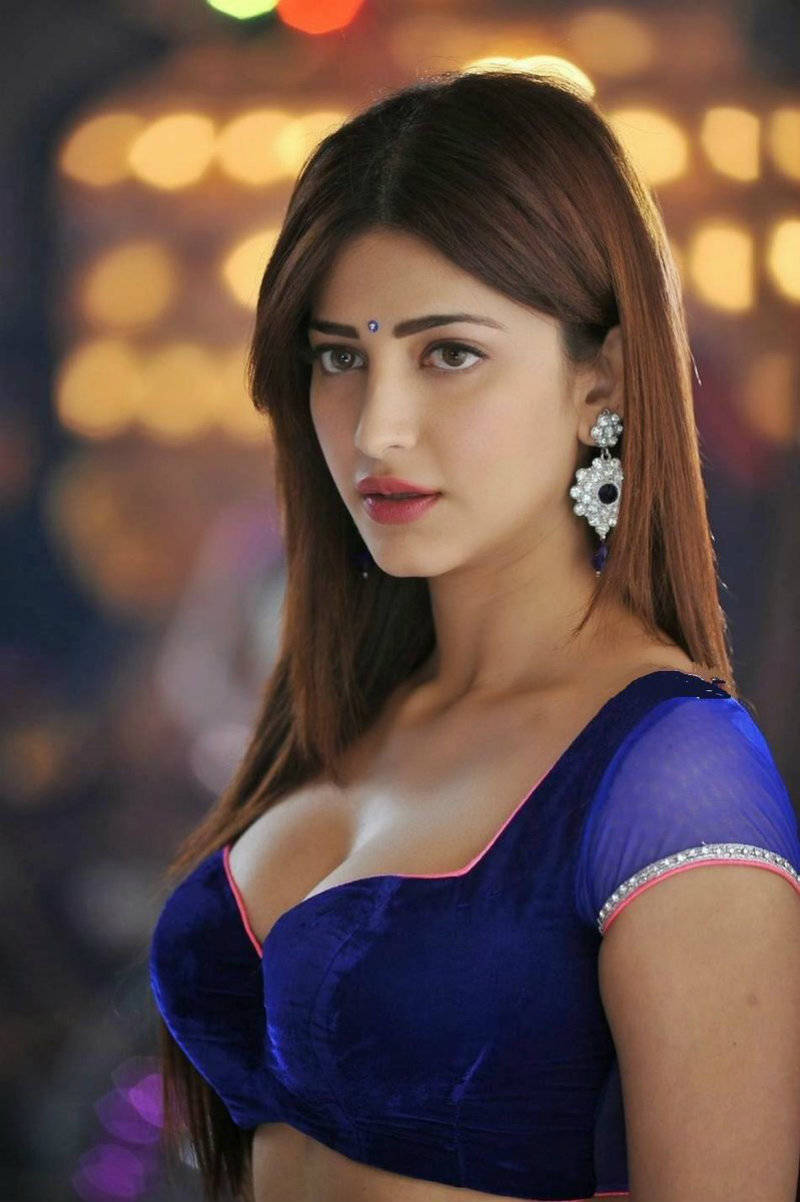 Shruti Hassan in a studded lehenga, walking the ramp at LFW 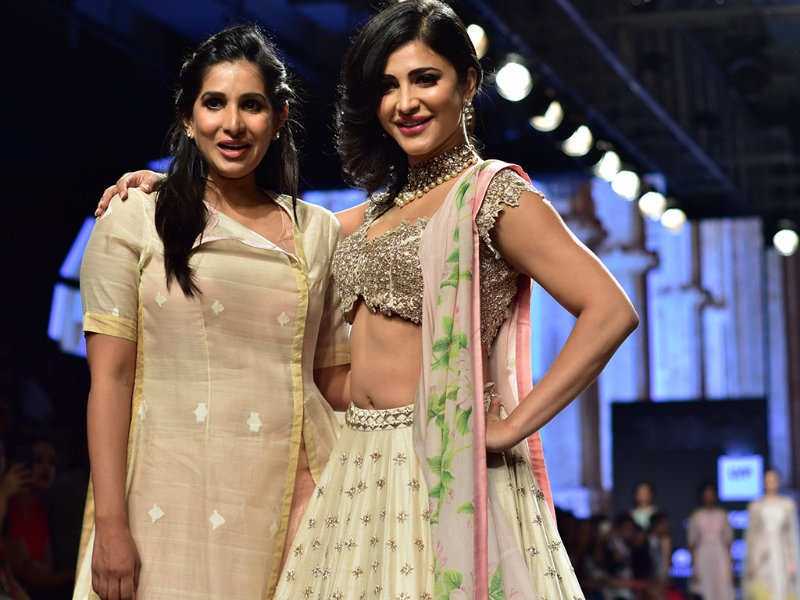 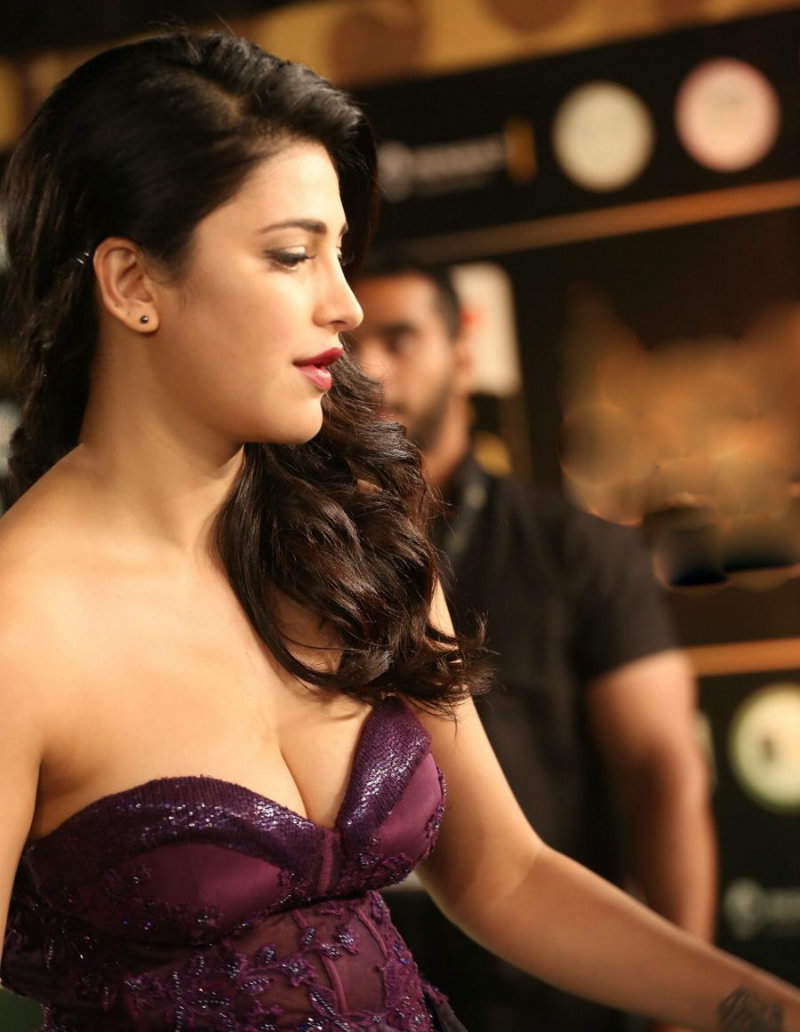 Shruti Hassan looking like a dream, walking the ramp at LFW 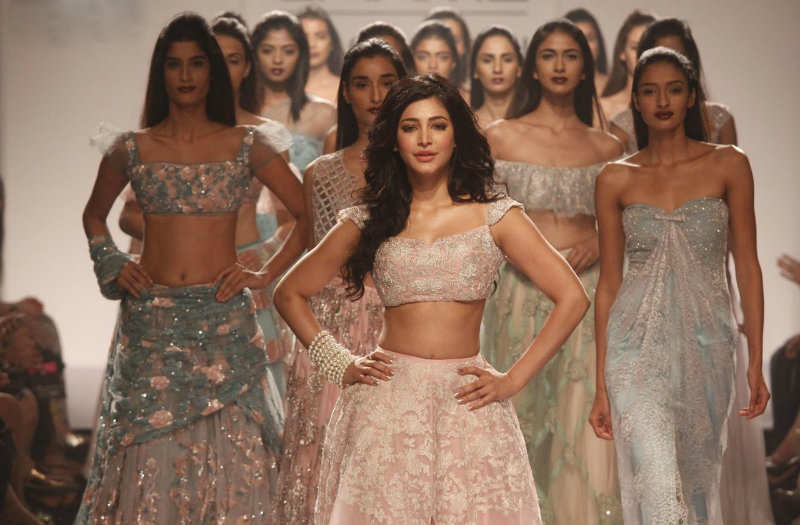 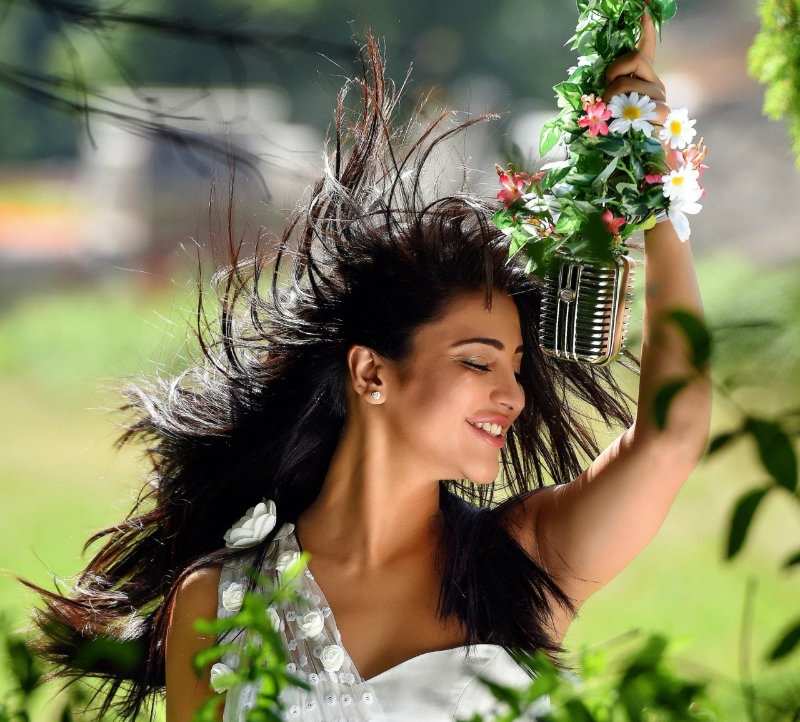 Shruti Hassan looking stunning in a sari in Premam 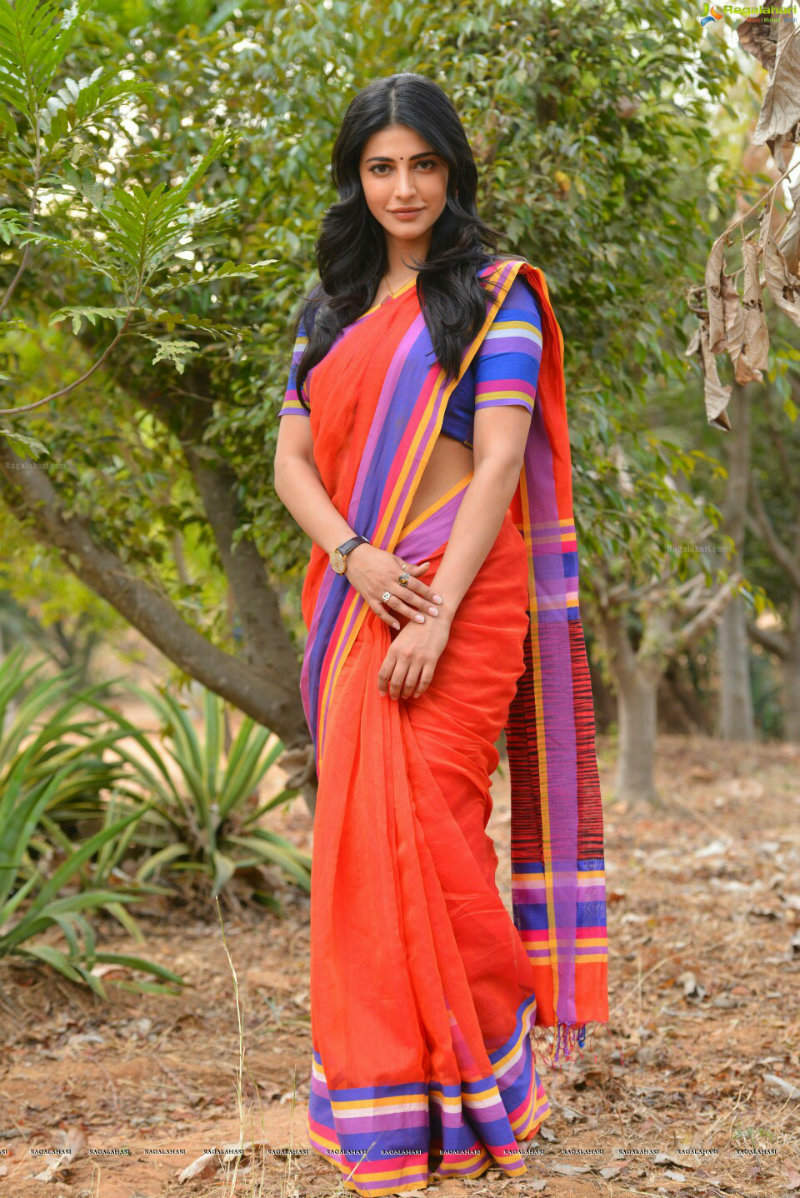 Shruti Hassan posing for a selfie with her father Kamal Haasan 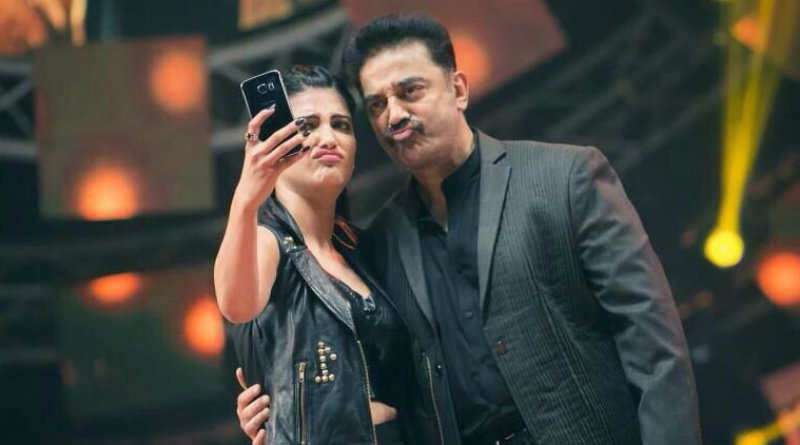 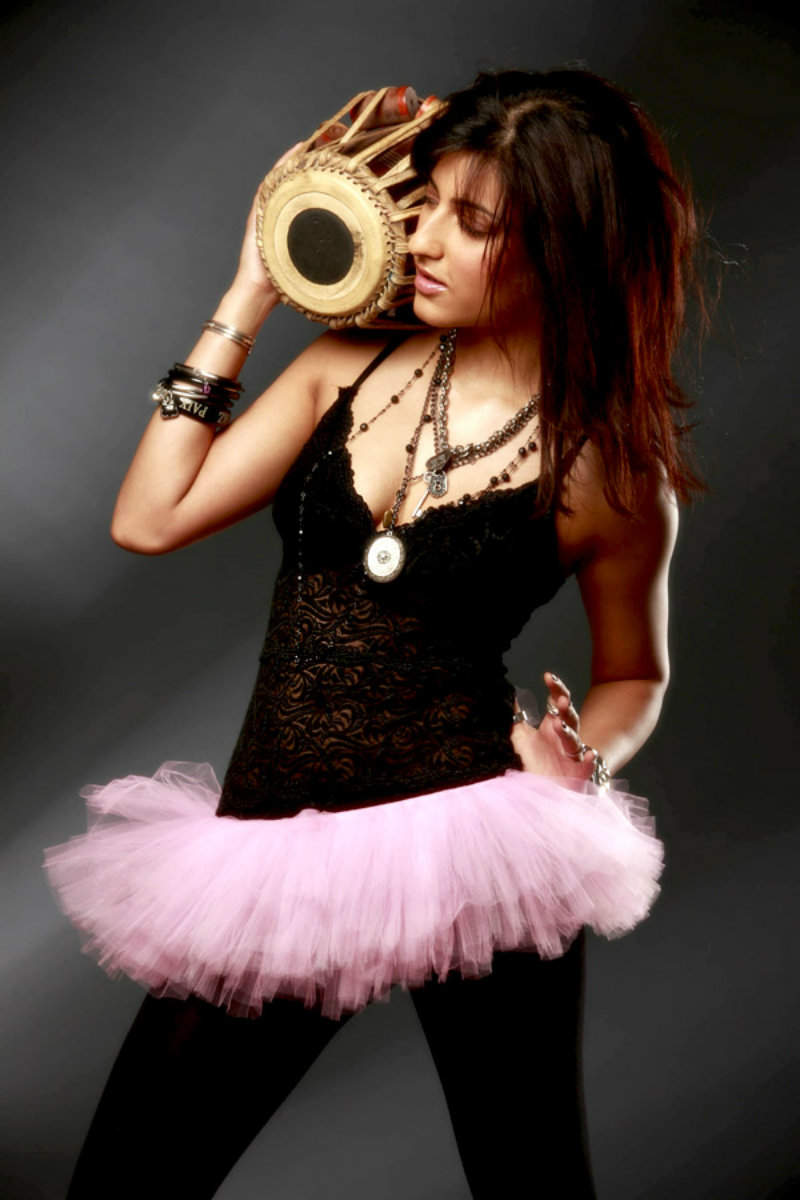 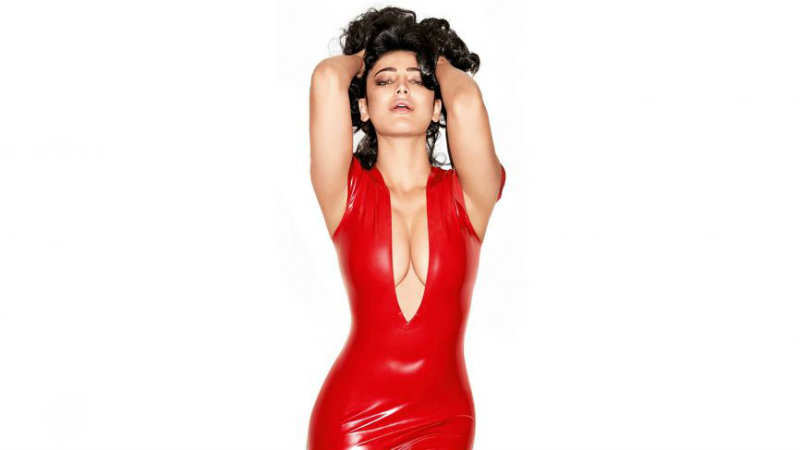